How are businesses responding to the death of George Floyd and the resulting protests?

Even as COVID-19 unleashed fatal respiratory problems on the world, the phrase “I can’t breathe” quickly came to represent an even more sinister, culturally-engrained issue in the U.S. when George Floyd was killed by police on Memorial Day. New research from B2B ratings and reviews platform Clutch confirms that the systemic plague of racism extends to the workplace.

According to Clutch’s latest survey, two-thirds of U.S. workers are supportive of the non-violent protests that occurred as a result of the death of Floyd, and more than half think their company should actively address the Black Lives Matter protests by donating to causes, releasing a public statement, and holding an open discussion with leadership. Many people may be discriminating without knowing it. These “microaggressions” are small actions, comments, and gestures people make that only marginalized groups may notice.

Workers may not think their company is discriminatory, but many likely don’t understand common workplace microaggressions. 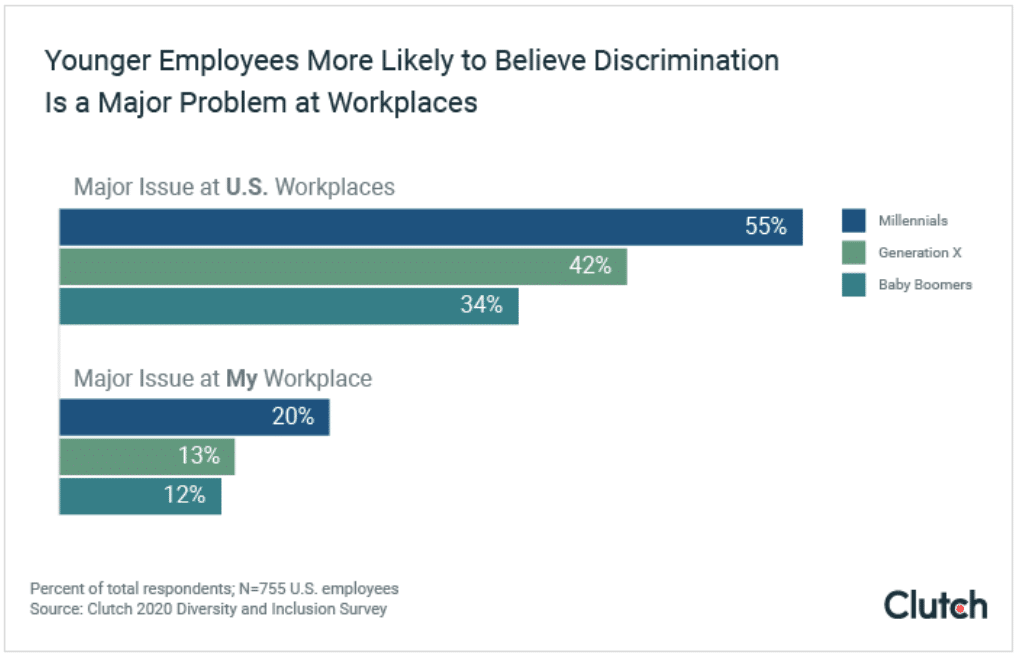 Most people are supportive of the current anti-racism protests and companies that are responding to the race issues people are protesting.

Nearly two-thirds of workers (62 percent) support the current protests that resulted from the death of George Floyd, and 55 percent think their company should respond directly to the issues of the protests.

To address the anti-racism protests, companies have:

Angel Mills, owner of Angel Mills Brand Strategy, a marketing agency that specializes in brand development, is sharing emails and social media posts about the protests and is planning a forum for clients to discuss the issues surrounding George Floyd’s death and how they affect black entrepreneurs. “I think that it would be extremely tone-deaf and inconsiderate to refuse to acknowledge how the death of George Floyd is affecting the black community specifically and the world at large,” Mills said, in a news release. “It is imperative that companies speak up and begin to take action to do their part to dismantle racism.”

Two-thirds of businesses with more than 500 employees (67 percent) have addressed the recent anti-racism protests, compared to 34 percent of companies with 2-500 employees.

Most large companies (51 percent) have released a public statement about their stance on racism and the actions they plan to take to address it, compared to 14 percent of smaller companies. Sixty-five percent of respondents are white/Caucasian; 7% are black/African-American, 6% are Latino/Hispanic, 3% are Native American Indian or Alaska Native; 2% are Asian; 2% are Native Hawaiian or other Pacific Islander; 14% are other/prefer not to answer.